Through the Eyes of a Re-homed Pup

As most of you who follow me on social media know, I have a sweet old lady pup named Prissy. She’s 10 years old and has been my side kick for the last 8 years of my life. My family rescued her from a local animal shelter when I was a junior in high school. She was a skittish little girl who came from a traumatic situation. So when I got her, she took a little time to adjust and trust me.

She’s been my shadow since the day I got down in the floor of the animal shelter and let her wander into my lap very gently. I never coaxed her to come to me, she just saw a gentle person that she could give a new chance to trust. And from that moment on, we were in love with one another. She has taught me so much about patience and gentleness. What a good girl she truly is.

I have always found it interesting to try to understand what a dog is thinking and feeling. Although they cannot truly speak to us, they can communicate in unique ways. I know exactly what Prissy needs just by the way she acts and the movements she makes. She’s such an expressive and funny girl now that she’s had 8 years to warm up to me and learn how to deal with transition (new home, moving out of that home and into an apartment with me, moving back into the house she came from, having Zach move in to the ‘all girls club’ and now moving to north Georgia). Ask anyone in our family…she’s night and day different and it’s the cutest.

Since moving to north Georgia, we made some wonderful best friends who have fur-babies of their own and we fell in love with their babies just as much as we love our own. Shelby and Andres have two golden retrievers and a black lab. They are such well behaved dogs and the most loving creatures. Every time we would go over there, we would get sucked into the dog-parent vortex and want one of our own. We have Prissy, but we knew that we wanted a golden retriever. But to purchase a full-blooded golden, you have to pay an arm and a leg. 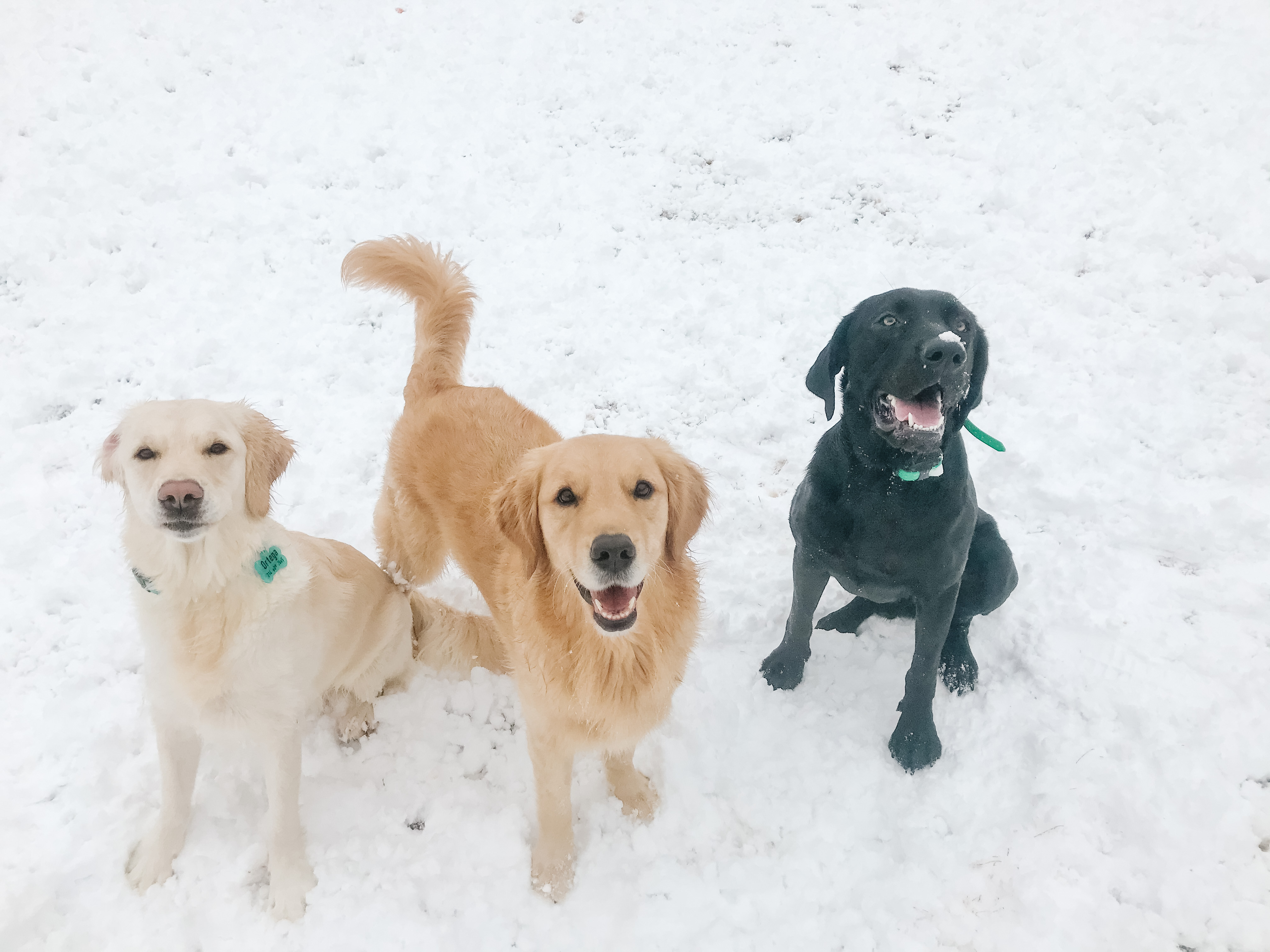 So our friends kept a look out for a golden retriever that we could adopt or one that had been returned that we could purchase for a cheaper price. Mind you that this search took a few weeks from when Zach and I truly decided that we wanted to move forward with another dog. So with the anticipation in full force, the day Shelby called me and said they found a Syrah Golden pup for free was the day we knew we couldn’t pass him up and we had to just dive into the world of full-blown dog parents. 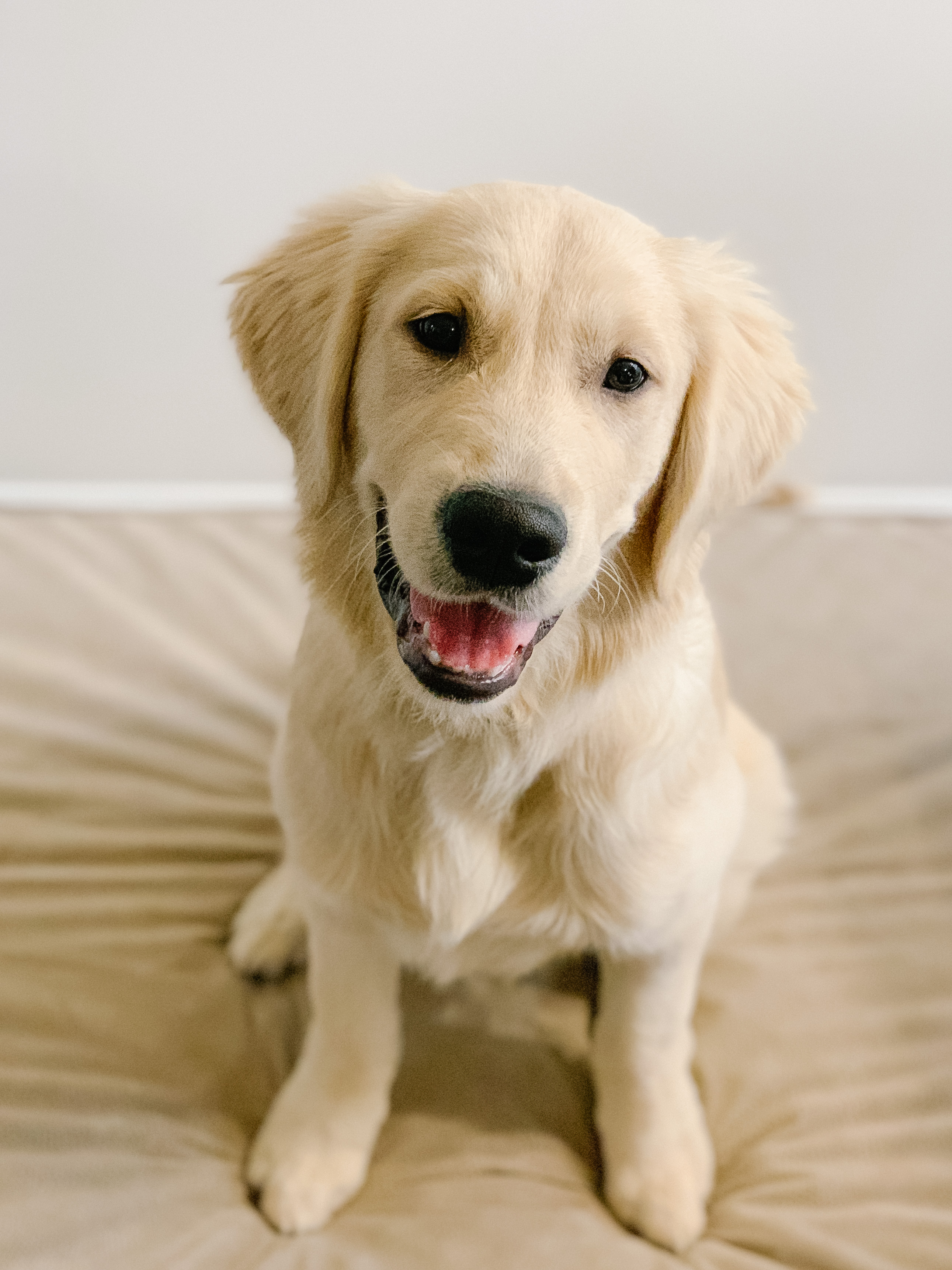 Riley (at the time) was a 4 month old Syrah Golden Retriever with a lot of personality and energy!

Keep in mind that I had never had a dog larger than about 7 pounds in the house. And we had all intentions of keeping him indoors and taking him through professional dog training.

We got the call from Shelby and Andres that he was available immediately and I immediately was filled with all of the emotions. I was excited, nervous, overwhelmed, intimidated, worried about Prissy, worried about having a 30 lb. puppy, and overall just unsure but sure all at the same time! But nonetheless, we were diving in head first.

It was my birthday weekend, so obviously this was a pretty fantastic birthday gift…I was picking Riley up on a Thursday and was already prepared to do it by myself because Zach works in the office on Thursdays. That morning Zach woke up with a sore throat and just not feeling too good. We had been around someone with strep throat so I told him to go ahead to a medstop and get on top of it because he probably had strep. So I strike out to pick Riley up that morning and I get a call from Zach at the medstop saying he had been tested for strep and it came back negative, but he had some bad news…he tested positive for flu type B. *insert eye roll and silence here*

So for those of you who haven’t put two and two together, cystic fibrosis and the flu do NOT go together. It’s actually pretty dangerous for someone (me) with cystic fibrosis to catch the flu because our immune system is compromised and it can take much longer and be much more severe than someone with a normal immune system.

Here I am on my way to pick up a new puppy and at the same time I have a flu stricken husband at home who I cannot be around. What. A. Day. (oh, and this is the day before my birthday…)

But I pick Riley up and he’s literally the cutest ball of energy. He is going nuts and I take him by the leash and to the car we go. He doesn’t like to ride, so I have to pick him up to get him in the car (he’s at least 30 pounds) and away we go. We stop at a local pet store on the way home to pick up a few things for him and to see how he does walking around on the leash. He does so well and is just so excited. We are vining and doing so good.

The first night with Riley was a doozy, but still not as bad as it could’ve been. I got him home and he met Zach and they immediately hit it off. Riley played and was so sweet. He met Prissy and of course Prissy is not entirely thrilled. He’s much bigger than her but is 10 years less mature than her. So he wanted to play and goof off. She did not.

P.S. They still haven’t had much interaction.

Prissy keeps to her old lady self.

But that evening, Riley got a hold of Prissy’s bed and blanket. When I went to get it from him, he growled and bit me. I, of course, freaked out. I had never had a big puppy, much less an aggressive (or what I thought was aggressive) dog. So poor Zach runs out to see why I screamed, I called Shelby and Andres wanting to give him back. Everyone was freaking out because I said I had an aggressive dog. After a little bit and after I calmed down, we went to bed and the next day our wonderful friends came to my rescue. They showed me how to handle Riley, taught me that he, in fact, was not aggressive. He was testing his boundaries with me. I learned how to handle him and learned basic training techniques to get me through the next month until he started his official training.

Riley and I are totally inseparable now and I couldn’t dream of a better dog (or two better dogs because Priss is still my day one). He had learned so much since January 16th and I truly believe he understands that he is in his fur-ever home here with us. He’s the best little side-kick and is such a smart boy. He smiles a lot, loves his belly rubs, sits with me while I’m cooking and he absolutely loves his toys. Riley Phinazee is the best addition to round out our family of four and we couldn’t have asked for a better pup.

Just call me an official dog-mom.

Navigating My Newlywed Life with CF 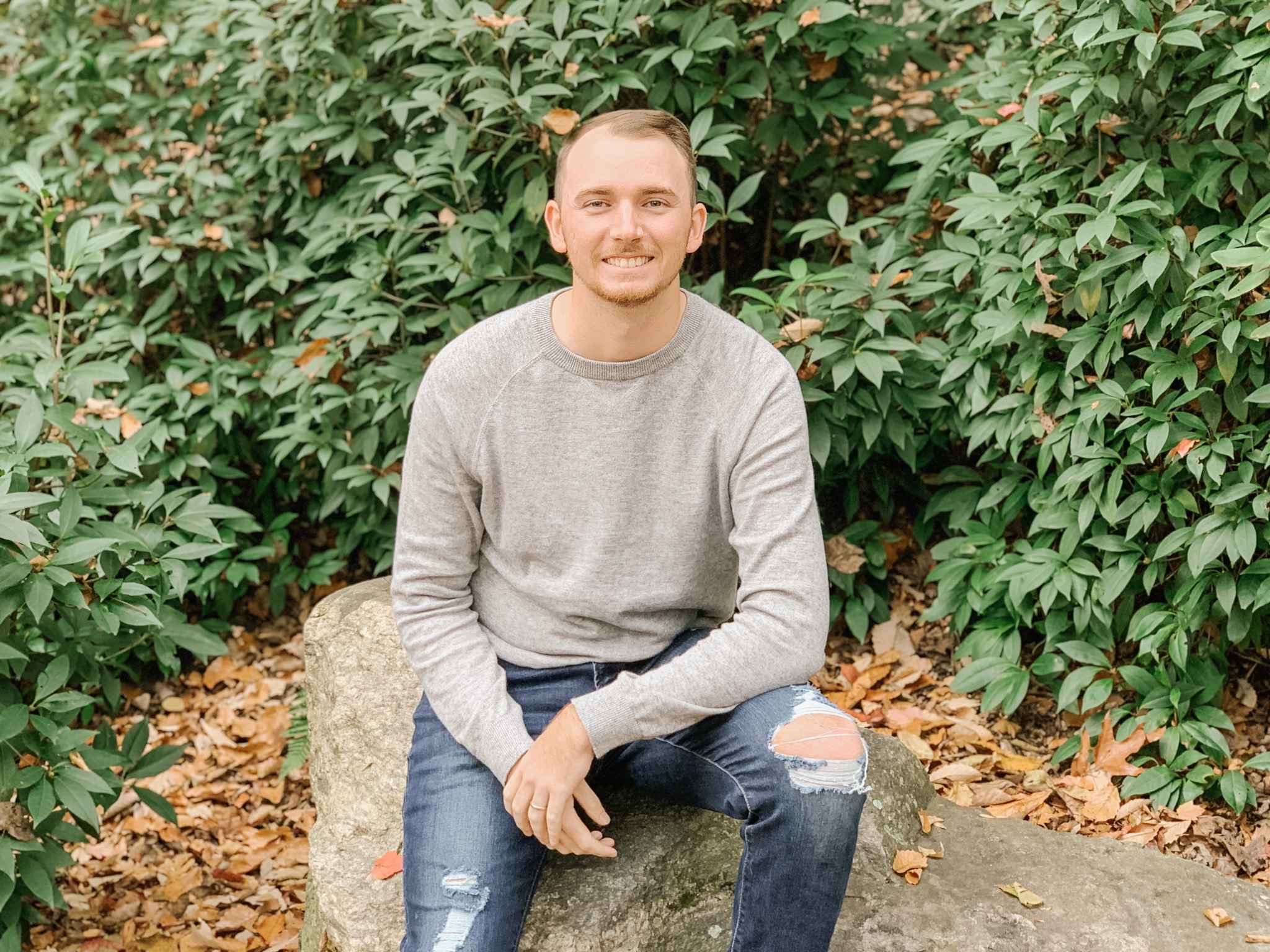 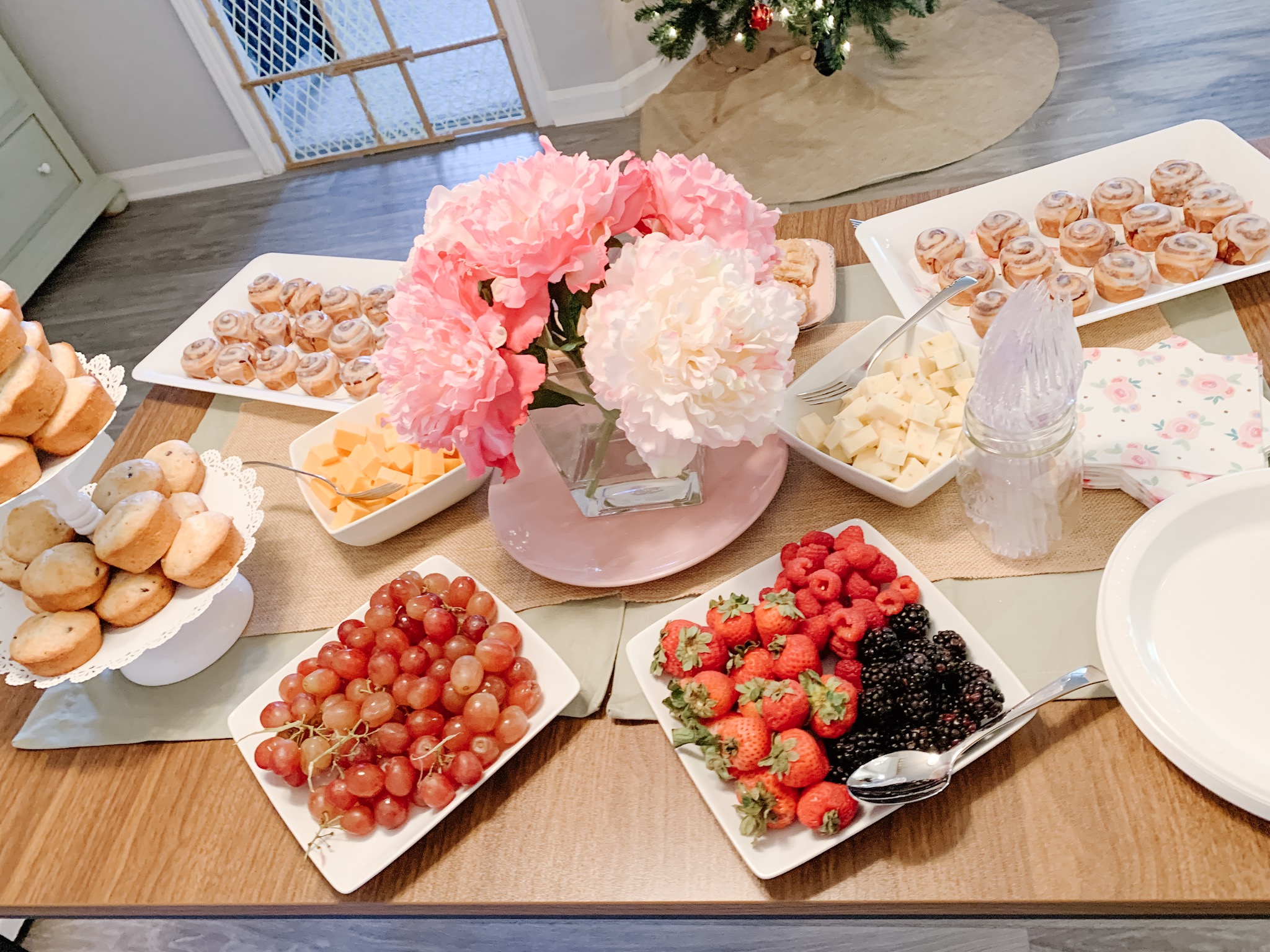 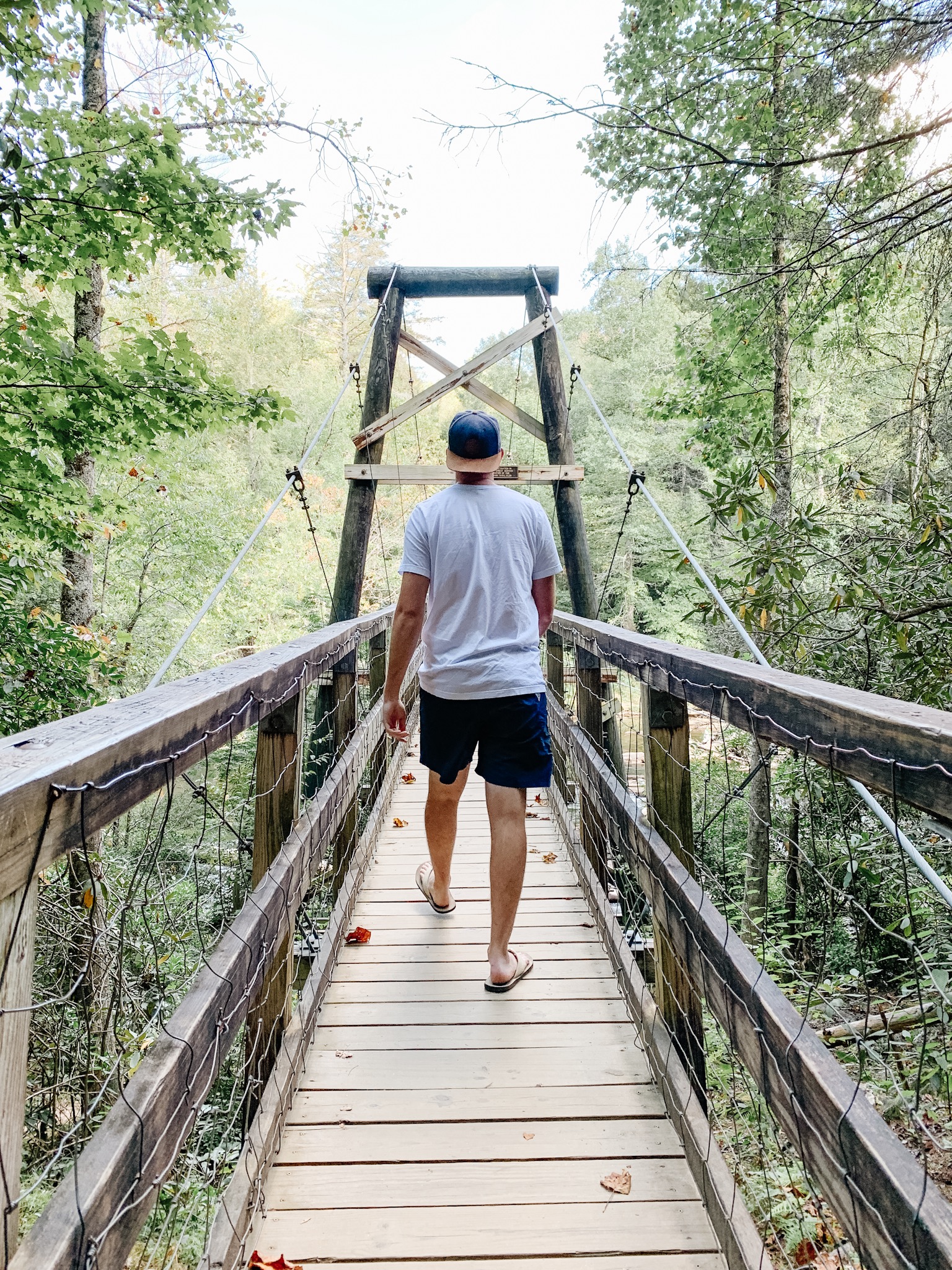 Social distancing is easier with fresh air and a cute pack.

My insta timeline is being taken over by pups...but who can really be mad at that?

She is blessed! 💕
.
What an incredible weekend with beautiful ladies! The Lord moved and rocked us to our core in the absolute best way.
She is loved.
She is encouraged.
She is strong.
She is bold.
She is beautiful.
#She #womensretreat2020 ...